Jordan reaffirms its strong relationship with the EU

King Abdullah reaffirmed the strong relations between Jordan and the European Union, at a meeting with EU High Representative for Foreign Affairs and Security Policy and European Commission Vice President Josep Borrell, following the 14th meeting of the Jordan-EU Association Council at the Dead Sea. King Abdullah emphasized the importance of holding the council in Jordan, a country in the EU’s southern neighborhood that reflects Jordan’s deep ties with the EU. 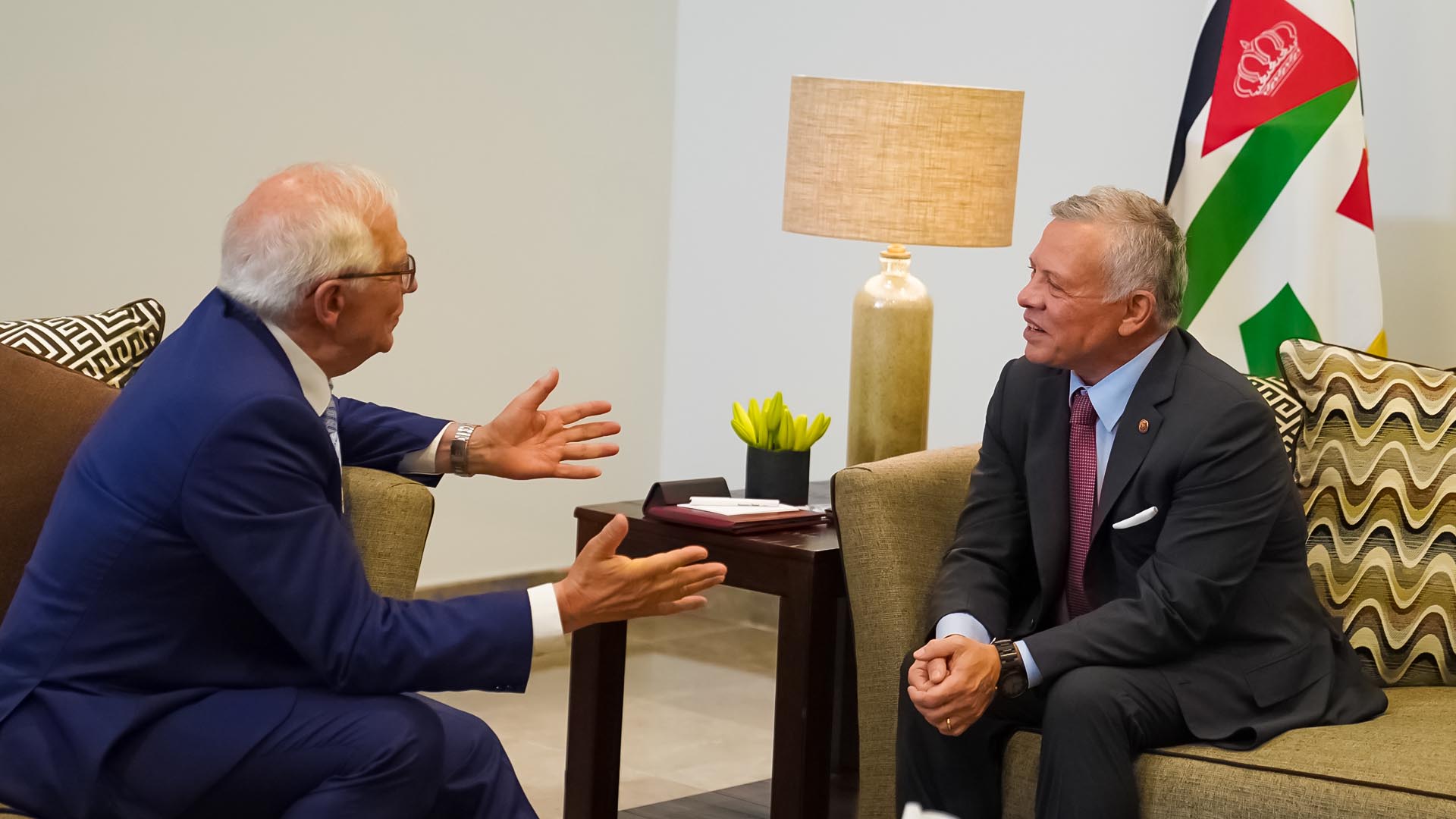 He also met with representatives of the Association Council, including Foreign Ministers Ioannis Kasoulides of Cyprus, Jean Asselborn of Luxembourg, Simon Coveney of Ireland, and Nikos Dendias of Greece. He also met with European Commissioner for Neighborhood and Enlargement Oliver Varhelyi.  He discussed the latest regional developments and the impact they have on the region’s security. In particular, he mentioned the Palestinian cause. This requires intensifying regional and international efforts to create a real horizon for progress in the peace process. This is to end the cycle of violence that threatens the region’s stability and security.