QINGDAO, China, Jan. 5, 2023 /PRNewswire/ — On January 4th, China Newsweek, one of China’s most well-known periodicals, released its list of Influential Persons of the Year 2022. Dr. Lan Lin, Chairman of Hisense Group, was honored as the Economic Person of the Year 2022 for his contribution to Hisense global business. This annual list, released by China Newsweek at every end of the year, is meant to acknowledge people who have excelled in their professions and pay tribute to their efforts in advancing social growth and development of Chinese society. 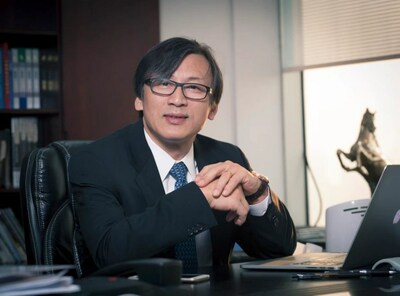 China Newsweek wrote, “As a leading light of Hisense globalization, Dr. Lin has been firmly leading Hisense to go overseas and go deep into the local market, reshaping the global landscape of home appliance brands. Over the years, Hisense has started from scratch of Chinese home appliance brand globalization towards independent innovation with the help of sports marketing. Faced the trend of intelligence, Hisense, under Dr. Lin’s leadership, has always been devoted to the localization of manufacturing and R&D, technology upgrade, which has earned trust of local markets and consumers.”

Dr. Lin, who joined Hisense Group in 2006, has been recognized as actively pursuing and successfully implementing Hisense’s global strategy, as well as for making a significant contribution to the company’s global layout. As becoming the Chairman of Hisense Group in March 2022, he once said that his mission is bring Hisense to a higher level and lead Hisense to a truly international enterprise, stepping forward to a world-class company.

At Hisense Global Partner Conference 2022, Dr. Lin delivered a speech entitled To Be the Top Player. He presented visions for Hisense’s future in the next years. One of its major goals is to bring Hisense’s brand image to a much higher level by increasing its global brand index above 100 within three years to make Hisense become a more famous brand with higher values. Besides, Hisense will also consolidate its global growth by setting a second growth curve, signifying Hisense will advance their sustainable and low-carbon development. With these visions, Hisense will develop a new growth strategy to prepare for the next stage of rapid growth.

Mary McCartney Celebrating 100 Years of Photography on the Ocean...

Global growth will slow to...

Google is planning to lay...

Pakistan economy in danger of...

Transport halted across Japan by...