The Coast Guard reported that a Hong Kong-registered cargo ship carrying 22 crew members sank off the southern island of Jeju on Wednesday. Fourteen crew members were rescued, while a search is underway for the others. At 3:07 a.m., fourteen Chinese and eight Myanmarese crew members were on board the Jin Tian, a 6,551-ton wood-carrying vessel, when it broadcast a distress signal in international waters 148.2 kilometers southeast of the city of Seogwipo on Jeju, according to the Coast Guard, Yonhap reported. 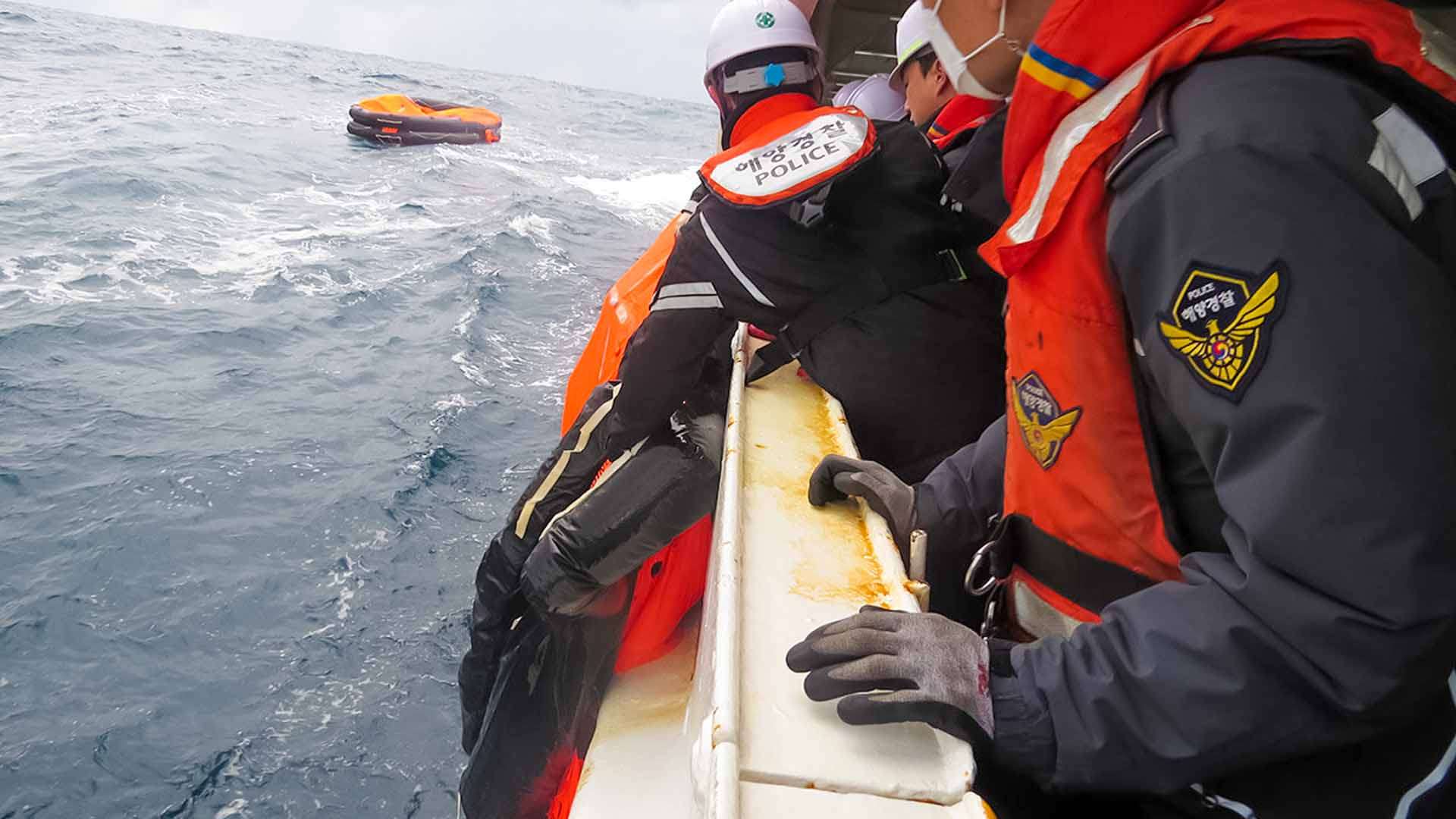 When Coast Guard personnel arrived at the scene, the ship was completely submerged. It was reported that 14 crew members were rescued by other ships and other rescuers, but nine of them were unconscious. Officials said the rescued people would likely be transported to Nagasaki in Japan. Both the Coast Guard and Japanese counterparts are conducting a joint search and rescue operation for the eight others, deploying five patrol ships and four aircraft each.

It is believed that the ship went down when it sent the distress signal through the emergency position indication radio beacon. This is a system that is used to locate ships in an emergency. At 1:45 a.m., the vessel transmitted its first distress signal via the Digital Selective Calling system. During the last satellite phone call with the Coast Guard about an hour later, the ship’s captain said they would abandon the vessel. All crew members would step off board, officials said.

Suicide bomber kills 20 and injures 96 at mosque in...

Australian authorities are searching for a missing radioactive capsule

Pakistan economy in danger of collapsing due to loan defaults